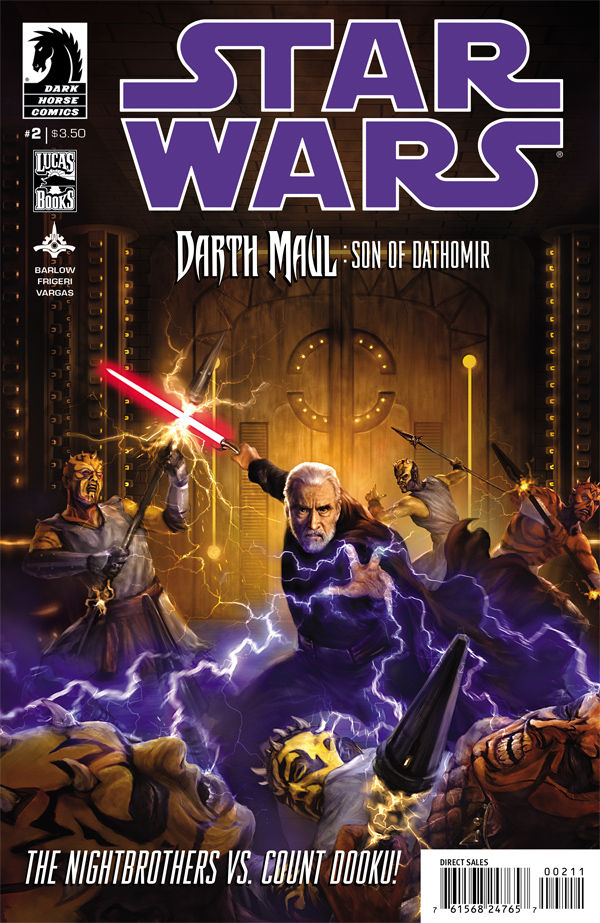 CONSPIRACY OF EVIL! DARTH SIDIOUS CAPTURED AND INTERROGATED HIS FORMER APPRENTICE MAUL—AND LEARNED THAT THE WITCH MOTHER TALZIN WAS BEHIND HIS RESURRECTION. AWARE OF TALZIN'S GROWING POWER AS A FORMIDABLE ADVERSARY, SIDIOUS DEVISED A PLAN TO USE MAUL TO LURE HER OUT INTO THE OPEN, WHERE HE CAN DESTROY HER.

FREED BY HIS ALLIES, MAUL REJOINED HIS MANDALORIAN ARMY ON ZANBAR, BUT SOON FELL UNDER AN ATTACK BY GENERAL GRIEVOUS, WHO ROUTED MAUL'S FORCES AFTER AN INTENSE GROUND BATTLE.

NOW ON THE RUN, MAUL ATTEMPTS TO REGROUP BEFORE SIDIOUS, GRIEVOUS, AND COUNT DOOKU CAN CLOSE RANKS AROUND HIM…

With his Shadow Collective army stalled, Darth Maul calls on Mother Talzin for help and is sent reinforcements—the deadly Nightbrothers! Maul is ready again to take on the Separatist droid army, Count Dooku, and General Grievous—in a trio of simultaneous battles!