News and information from a Galaxy Far Far Away, and sometimes a little closer to home. 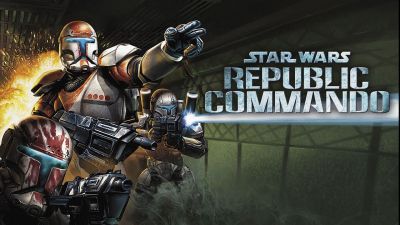 Classic LucasArts game Star Wars: Republic Commando is being rereleased for Nintendo Switch and PlayStation4, it has been announced.
The fan favourite game, set in the prequel era and told from the perspective of a Republic Clonetrooper, was originally released in 2005 for Xbox and PC.
Lucasfilm Games and Aspyr have teamed up to make Republic Commando's return possible, with Lucasfilm Games executive producer Matt Fillbrandt, who worked on the original game as well as the rerelease version telling StarWars.com that he looks forward to the game being enjoyed by a new generation of fans.
Republic Commando sees the player take on the role of a member of Delta Squad, a Clone Commando unit during the Clone Wars, and features a single player storyline with tactical team-based action, with the player able to issue commands to their squad such as identifying targets for attack or healing an ally, across iconic Star Wars locations like Kashyyyk and Geonosis.
The game was also accompanied by a series of novels by Karen Traviss, and almost had a sequel. Despite now being considered part of the Legends continuity Republic Commando retains a foothold in Star Wars canon through Delta Squad, who appeared in an episode of The Clone Wars, and served as inspiration for Dave Filoni's creation of the show.
Star Wars: Republic Commando will be released on Nintendo Switch and PlayStation4 (PlayStation5 compatible) on 6 April 2021.

During yesterday's Nintendo Direct presentation it was revealed that Star Wars: Hunters is a new game in development by Zynga and Lucasfilm Games, and will be coming to the Nintendo Switch platform as well as iOS and Android devices later this year.
The will feature team-based multi-player battles in a competitive arena set after the end of the Galactic Civil War, although further details about gameplay or plot (if there is one) have not yet been revealed.
A short teaser was released, which you can check out below:

Star Wars: Hunters will arrive later in 2021 as a free download for the Nintendo Switch, and from the Apple App Store, and Google Play. 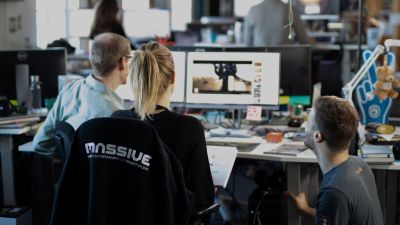 Hot on the heels of the resurrection of Lucasfilm Games, VP Douglas Reilly has revealed that Ubisoft's Massive Entertainment is among the studios lined up to develop new games for set within the Star Wars universe.
The new as yet untitled game is to be a story-driven open-world experience. According to Massive Entertainment managing director David Polfeldt and creative director Julian Gerighty, discussions have been ongoing for around a year already and they are excited to finally reveal that things have progressed to the point where they can confirm that they will be building on their extensive experience from crafting open world games in their proprietary game engine, Snowdrop.
Reilly has also stated that EA will be sticking around, too and will have a big future in Star Wars gaming with a number of projects already underway.
It seems Lucasfilm Games will take on a guiding role in the creation of future Star Wars titles, acting in a a capacity similar to the Lucasfilm Story Group to ensure that games all have the authentic Star Wars aesthetic and retain a connection to the larger themes. 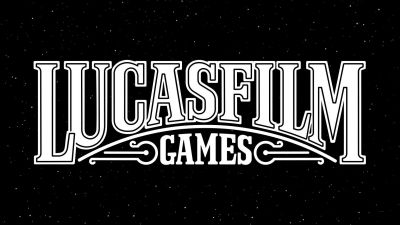 Lucasfilm Games is now the official home of Star Wars gaming, according to news from the official website.
Relaunching their social media channels and releasing a new sizzle reel celebrating current Star Wars titles, Lucasfilm Games is being repositioned as the hub for Star Wars gaming news and promises to push the franchise into "a new and unprecedented phase of creativity" by collaborating with Lucasfilm and top games studios.
It's currently unclear what this means for the oft-criticised EA exclusivity deal that has been the source of much consternation amongst fans and gamers over the years since Disney disbanded LucasArts, but it does seem that by bringing all Star Wars games under a new and familiar banner the plan may be to allow more developers to play in the Star Wars universe.
There is no hint that Lucasfilm Games will become a developer in its own right, of course. Older fans will remember that the Lucasfilm Games brand was originally launched in 1982 before being renamed LucasArts in 1990. LucasArts were prolific, developing and publishing many games throughout their tenure before being disbanded by Disney in 2003 when the licence for Star Wars franchise games was handed over to EA.
Does this mean that Star Wars gaming news is on the way? I guess we will have to follow them and find out. You can follow Lucasfilm Games on Twitter @LucasfilmGames, and on Facebook @Lucasfilmgames. 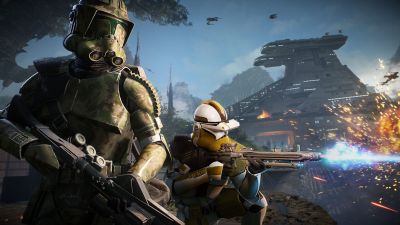 Star Wars: Battlefront II: Celebration Edition will be free on Epic Games Store from 14 January until the 21st.
The game will, for next week only, be free to keep as part of your Epic Games library, with the previous two years of content that was previously available through in-game purchases.
As the second game in the rebooted series from DICE and EA, Battlefront II is playable both online and offline and includes familiar heroes and villains from across the franchise up to and including The Rise of Skywalker customisations that were released on 20 December 2019.
So set a reminder for 14 January to check the Epic Games Store, as the offer won't be around forever.

Spoilers ahead: If you have not yet seen The Mandalorian season 2 finale, continue reading this article at your own risk.

The existence of a Boba Fett series has been heavily rumoured right from the very beginning of The Mandalorian. In season two we were finally reintroduced to Fett, played by Temuera Morrison as he helped Din Djarin (Pedro Pascal) on his path the bring Grogu to the Jedi. After playing his part, Fett splits from the group along with his companion Fennec Shand (Ming-Na Wen) and jumps into hyperspace.
After the credits have rolled on the episode we are treated to a post-credits scene which reveals the title card for The Book of Boba Fett and a date of December 2021. A Boba Fett spinoff was not part of the Disney Investor's Day announcements, but this isn't the first time that Disney have kept something quiet to avoid spoiling their plans.
So what is The Book of Boba Fett?
Theory 1: It's just the title of The Mandalorian season 3
Given that Djarin has now fulfilled his obligation to bring Grogu to the Jedi (I did warn you there would be spoilers), series 3 will need a new focus.
There are unresolved threads that the series needs to address, such as Mando's possession of the Darksaber which Bo-Katan Kryze (Katee Sackhoff) needs to legitimise her claim to Mandalore. Reclaiming Mandalore itself would seem to be an obvious choice for a series titled The Mandalorian.
There had also been rumours that Fett would take over as the lead character of the show, but with the aforementioned unresolved issues and Pascal coming out recently to address this year's earlier rumours of tension with the production team, this seems even more unlikely.
Theory 2: It's a brand new Disney+ show
To me, this theory holds the most weight. With Fett's return to Tatooine at the end of the episode, he clearly has some old scores to settle. The given release date of December 2021 does match up with the third season of The Mandalorian, suggesting that the series' may retain some kind of link. With Mando returning to Disney+ in late December, it seems that The Book of Boba Fett may be a short limited series that leads up to its return.
Jon Favreau, one of the forces behind the highly successful Marvel Cinematic Universe, previously said that The Mandalorian would follow a Game of Thrones style route with characters and story lines, sending them off on their own arcs, and this ties in with this month's announcements of new shows for Ahsoka and Rangers of the New Republic, and also fits neatly with Fett getting his own spin-off too.
Ahsoka and Rangers are already said to be linked and crossover with each other, and The Book of Boba Fett would mean that there are now four interconnected shows that share a common cast and space in the timeline. It seems that when Favreau mentioned Game of Thrones he was attempting to throw us off the scent that really Disney are creating an MCU-style ecosystem of shows within the Star Wars universe. 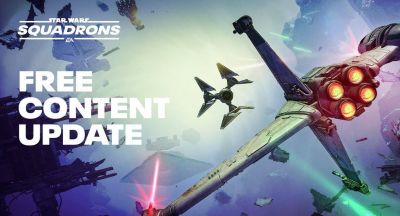 EA have released version 4.0 of Star Wars: Squadrons, adding two new starfighters to the game along with a host of bug-fixes.
This free update is available to all players, giving New Republic pilots access to the B-wing, while the Galactic Empire have obtained the TIE Defender.
The B-wing is classed as a bomber, and was first seen in Return of the Jedi, having been designed for the movie by Joe Johnston and Bill George, whereas the TIE Defender with it's unusual tri-wing design was created for the 1994 LucasArts game Star Wars: TIE Fighter, as a top spec TIE variant that hardier than the standard TIE Fighter due to having shields.
For the full list of changes, see the official patch notes. 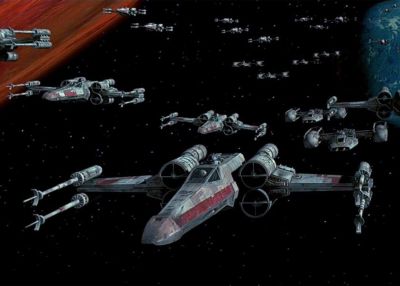 Seemingly coming out of nowhere, the Disney 2020 Investor's Day call has revealed that the next Star Wars spin-off movie will be Rogue Squadron, from Wonder Woman 1984 director Patty Jenkins.
As you would expect, there are very few details available right now, but long time fans and those that have delved into the Expanded Universe will be well aware of the exploits of the legendary Rogue Squadron, founded by Luke Skywalker after the Battle of Yavin, and spawning a myriad of novels, comics, and video games over the years.
Rogue Squadron is due to hit theatres Christmas 2023. 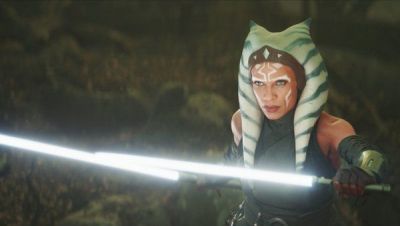 In today's Disney Investor Day call, it has been confirmed that a new Disney+ show featuring Rosario Dawson's Ahsoka Tano is in development.
Due to the early stages of development, we have no timeline on when we can expect to see the new show launch, but it was confirmed that the show would be set after the events of Star Wars: Rebels but before she encounters Din Djarin and Grogu in The Mandalorian season 2.
As fans of the togruta former Jedi would expect, Dave Filoni will serve as creator and executive producer for the new show. Filoni handled Ahsoka's live-action debut in The Mandalorian and is certainly no stranger to the character having executive produced The Clone Wars and Rebels.
The show will also tie in to another new series, Rangers of the New Republic, with which it will apparently have a climactic crossover.
Ahsoka is expected to return with her own show in 2022. 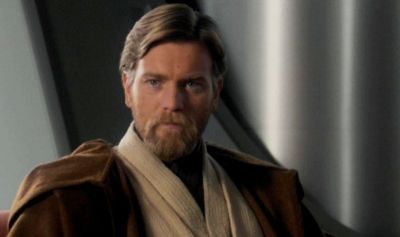 Ewan McGregor has confirmed that filming for the Obi-Wan Kenobi series for Disney+ will begin in March 2021.
The reveal came during McGregor's appearance on the BBC's Graham Norton Show this Friday.
The series is a six-episode limited series set in the time when Kenobi was exiled on Tatooine between the events of Revenge of the Sith and A New Hope, 11 years before the Battle of Yavin.
Production has been delayed due to the Covid-19 outbreak, and although no release date has yet been announced it is expected to premiere on the Disney+ streaming service in late 2021 or early 2022.