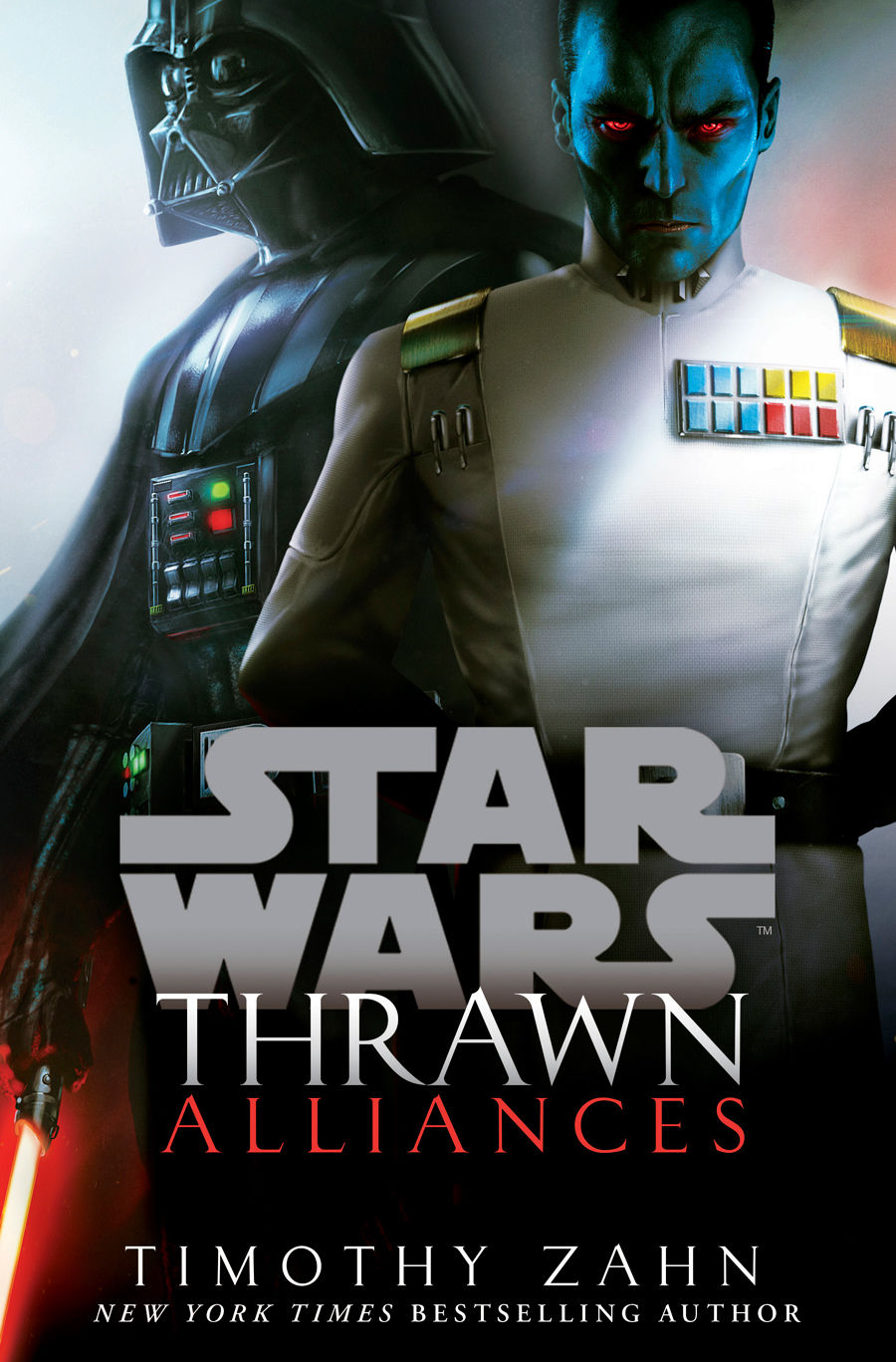 Thrawn: Alliances is a novel by Timothy Zahn. It is a follow-up to the novel Thrawn, and sees Grand Admiral Thrawn and Darth Vader join forces on a secret mission from Emperor Palpatine himself.

Grand Admiral Thrawn and Darth Vader ally against a threat to the Empire in this new novel from bestselling author Timothy Zahn.

The sequel to New York Times bestseller Thrawn, Thrawn: Alliances will continue to follow the rise of Grand Admiral Thrawn to the heights of Imperial power—and accompany him into the past, witnessing his first encounter with the man who will one day become Darth Vader.