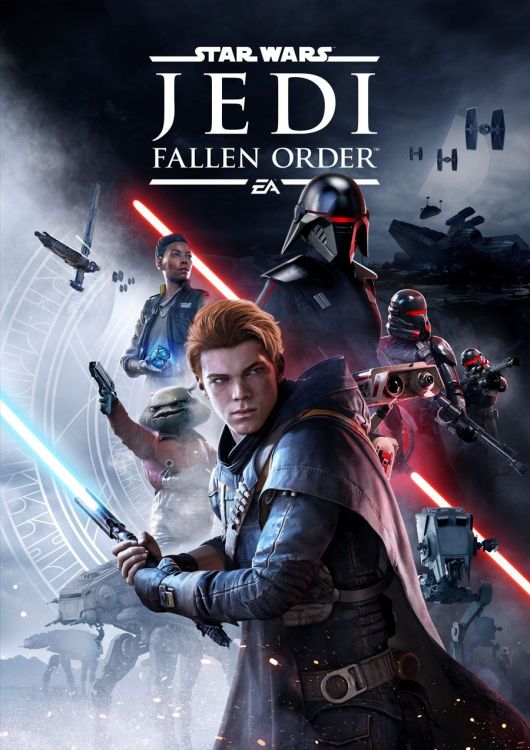 We now have a more detailed look at Cal Kestis, the former Jedi padawan and survivor of Order 66, who will be our main character in Jedi: Fallen Order along with some other interesting details. Cal appears to be holding the damaged lightsaber we have already seen in the artwork and reveal trailer for the game. The grounded Venator-class Star Destroyer in the background looks to be the one also seen being dismantled in the trailer, in what is presumed to be an early part of the game.

There is a strong Imperial presence in the poster, which not unexpected considering the era in which Jedi: Fallen Order is set; AT-ATs, AT-STs, and TIE fighters can all be seen as can the Second Sister Inquisitor and a pair of the new Purge Troopers.

Respawn and Lucasfilm will be hosting a livestream at EA Play tomorrow which promises to give us a glimpse of gameplay footage. You can watch the stream live on YouTube at 9:30 am PT (check the event calendar for your local time).