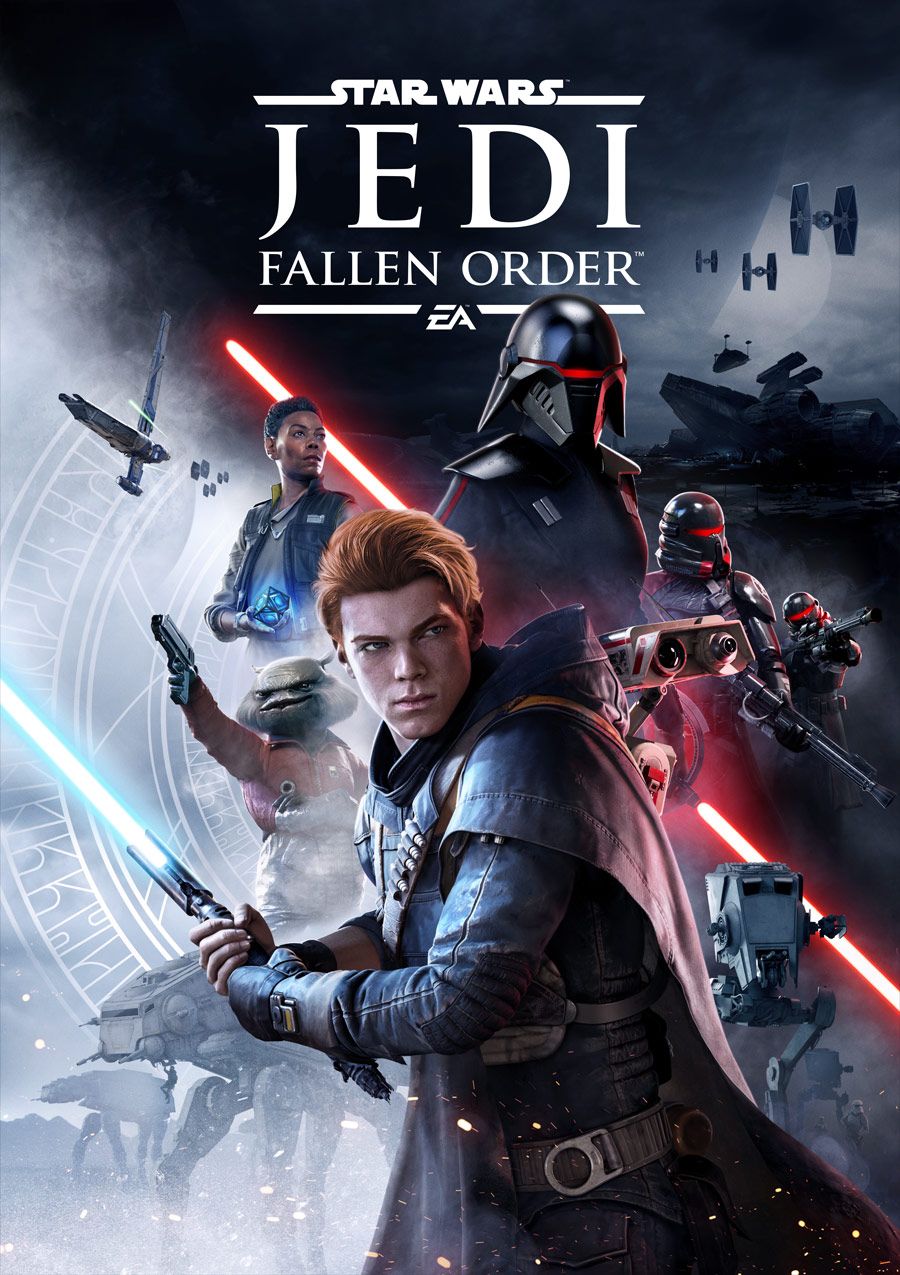 Star Wars Jedi: Fallen Order is a single-player action-adventure game developed by Respawn Entertainment and published by Electronic Arts. It was released on 15 November 2019, and is available on PlayStation 4, Xbox One, and Windows platforms.

The game is set in 14 BBY, five years after Revenge of the Sith, and the player assumes the role of Cal Kestis, a former Jedi padawan who survived Order 66. Cal rediscovers his connection to the Force as he progresses through his quest to obtain a Jedi holocron that could hold the key to rebuilding the Jedi Order. Cal's lightsaber is fully customisable as you collect new parts that can be used in various combinations.

The game was announced on 4 May 2016 and its title was revealed at E3 2018, but little information was given between then and the game's debut at Star Wars Celebration Chicago in April 2019. Shortly before the panel, an EA community manager revealed via Reddit that the game uses Unreal Engine 4, not the Frostbite engine as was originally thought. It was also revealed on Twitter that the game would be single-player only, and would not include microtransactions.

According to game director, Stig Asmussen, development of the game was already in progress when it was decided that it would be adapted into the Star Wars universe. Lucasfilm were reportedly not initially interested in a Jedi-centric game, until an original story was developed that would justify it.

Gameplay footage was revealed at EA Play 2019 on 8 June, with the official trailer debuting at the Xbox E3 Briefing the following day. Merchandise debuted on Triple Force Friday in the following October, ready for the game's release on 15 November. Pre-order bonuses included a unique orange lightsaber blade, as well as an extra skin for BD-1 and two lightsaber hilts.

Despite some apparent initial backlash that Respawn were playing it "too safe" by choosing white male protagonist, Jedi: Fallen Order received mostly favourable reviews from critics and players alike upon release, and was widely praised as a vast improvement over EA's previous Star Wars releases.

The game's lack of microtransactions and multiplayer has been seen by some as proof that there is still a place in the market for single-player story-driven titles, contrary to EA's general strategy of recent years.

In December 2019 EA posted job vacancies for their Star Wars team at Respawn Entertainment, prompting speculation that a sequel to Jedi: Fallen Order was in development, although this has not been confirmed.

From Respawn Entertainment comes a brand-new action adventure game which tells an original Star Wars story about Cal Kestis, a Padawan who survived the events of Star Wars: Revenge of the Sith. On November 15th, 2019, play and become a Jedi.

The Marvel Comics miniseries, Jedi: Fallen Order - Dark Temple, was released in September 2019 as a prequel to the events of the game.

Imperial Purge Troopers, along with the Second Sister and Ninth Sister Inquisitors appeared in the Marvel Comic miniseries Darth Vader: Dark Lord of the Sith, in 2017 as a way of introducing them to the canon in advance of the game's release.

Ilum, famed for being the source of the Jedi's kyber crystals, bore a strong resemblance to Starkiller Base as seen in Star Wars: The Force Awakens, leading fans to speculate that the Empire and subsequent First Order had exploited Ilum's kyber resources to the extreme. This was later confirmed to be the planet's fate.