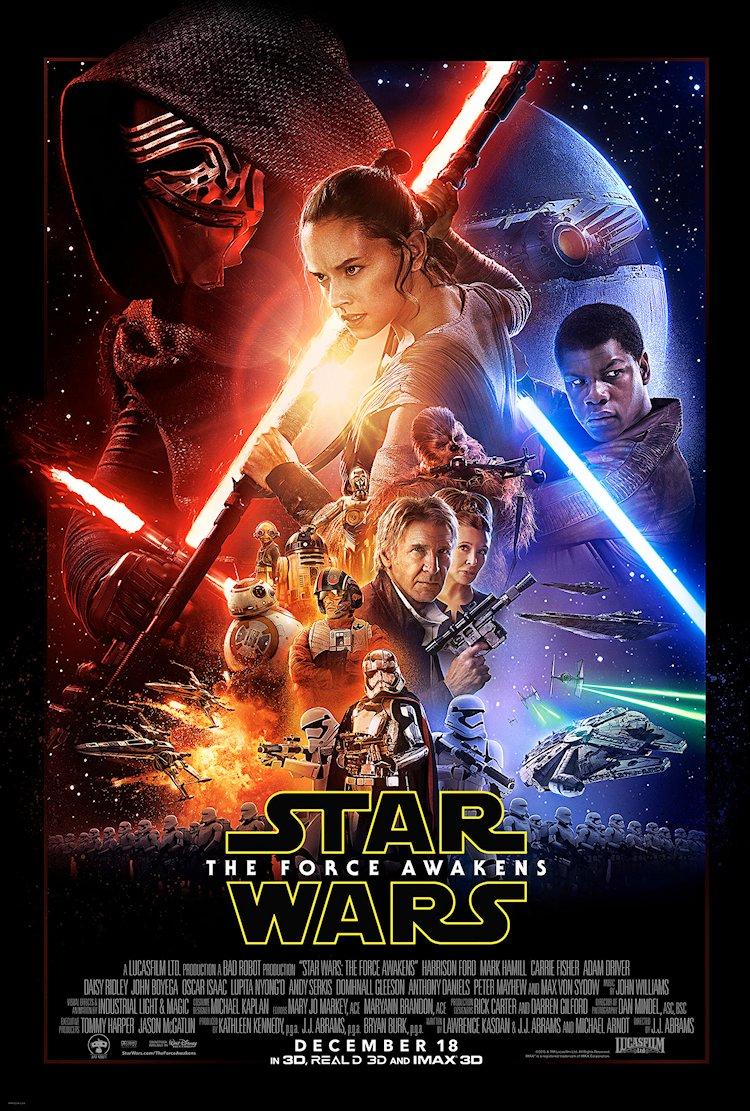 Luke Skywalker has vanished. In his absence, the sinister FIRST ORDER has risen from the ashes of the Empire and will not rest until Skywalker, the last Jedi, has been destroyed.

With the support of the REPUBLIC, General Leia Organa leads a brave RESISTANCE. She is desperate to find her brother Luke and gain his help in restoring peace and justice to the galaxy.

Leia has sent her most daring pilot on a secret mission to Jakku, where an old ally has discovered a clue to Luke's whereabouts....

Star Wars: The Force Awakens is the seventh episode of the Star Wars saga. Production was announced by George Lucas in 2011, years after initially claiming that the story of Star Wars ended with Return of the Jedi. In 2012 Lucas sold Lucasfilm, along with the entire Star Wars franchise, to The Walt Disney Company who then assembled a new team to rework Episode VII to their own design. This marks the start of a new trilogy of Star Wars movies, and effectively reboots the franchise by casting off the old Star Wars Expanded Universe, opening the doors for new stories to take place in various media.

The film was widely anticipated and went on to break several box office records, and is currently the third highest grossing film of all time, behind Avatar and Titanic (unadjusted for inflation, as of February 2016). It won a Bafta for Best Special Visual Effects at the 2016 British Academy Film Awards, and was the American Film Institute's Movie of the Year for 2015.

The Force Awakens is set roughly 30 years after the end of Return of the Jedi and follows new heroes Rey, Finn, and Poe Dameron, as they assist the the Resistance in the fight against the evil forces of the First Order, which has risen from the ashes of the defeated Galactic Empire.

Dennis Lawson was asked to reprise his classic trilogy role as Wedge Antilles but he declined, saying it would bore him.