Marvel Comics will release a new five issue mini-series this September, that will serve as a prequel to the Respawn Entertainment video game Star Wars Jedi: Fallen Order and introduce some of the game's characters. 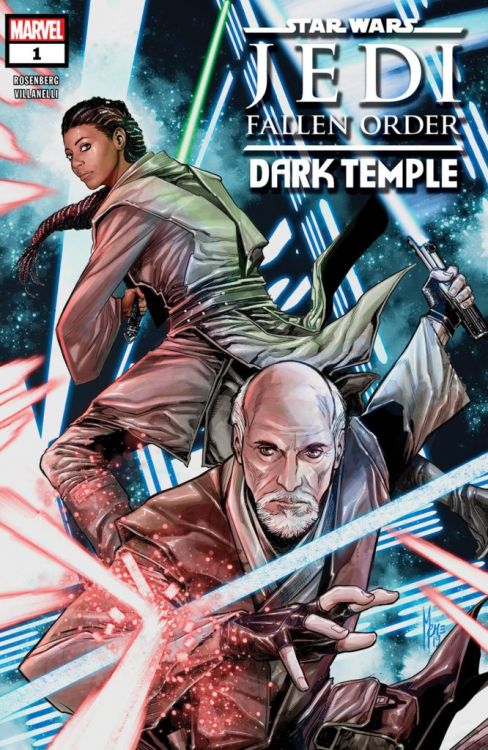 Star Wars Jedi: Fallen Order - Dark Temple has been written by Matthew Rosenberg (Uncanny X-Men and The Punisher) and illustrated by Paolo Villanelli (Vader: Dark Visions) in collaboration with Respawn Entertainment and Lucasfilm to ensure continuity across the saga.

The story of Jedi: Fallen Order - Dark Temple focuses on Jedi Master Eno Cordova and his padawan Cere Junda, after the Jedi Council sends them on a mission to the planet Ontotho to oversee the excavation of a mysterious temple that has been discovered. Things do not go to plan, and the pair find themselves embroiled in a war between local resistance forces and security troops.

While little has been given away so far, there are a few things that we can infer or speculate upon.

Eno and Cere are sent on the mission by the Jedi Council, so the events of Star Wars Episode III: Revenge of the Sith have clearly not happened yet, or at least not at the start of the mini-series.

In the details given so far for Jedi: Fallen Order Cere has been described as a former Jedi Knight, but here she is listed as merely a padawan.

Eno Cordova appears to be a new character. If Cere is due to graduate as a fully fledged Jedi Knight by the end of the mini-series, could Master Cordova's next padawan be Cal Kestis?

Also, this is pure wild speculation here, but am I the only one that sees a resemblance between Eno Cordova and actor Tony Amendola, well known for lending his voice to video game characters?

Ontotho seems to be a brand new planet. Respawn developers have already stated that there is more than one new planet that has been created for Jedi: Fallen Order. The game starts on Bracca, so that's one; could we also be headed to Ontotho during the course of our journey as Cal Kestis?