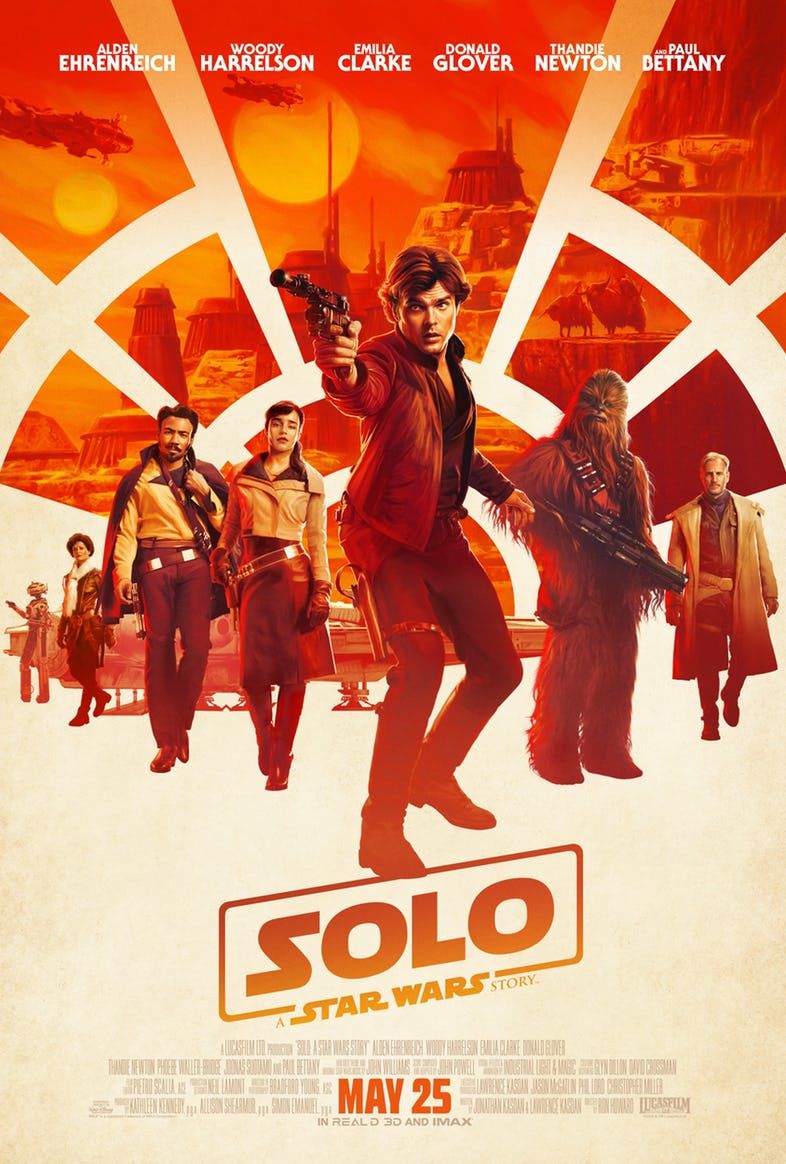 Solo: A Star Wars Story is the second of the Star Wars anthology films.

The film follows a Han Solo as he leaves Corellia to become the best pilot in the galaxy, and finds a mentor in the form of Tobias Beckett. Lando Calrissian and Chewbacca are also heavily involved.

The film was due to be directed by Phil Lord and Christopher Miller, but the pair left the project due to creative differences during production and were replaced by Ron Howard.

Board the Millennium Falcon and journey to a galaxy far, far away in Solo: A Star Wars Story, an all-new adventure with the most beloved scoundrel in the galaxy. Through a series of daring escapades deep within a dark and dangerous criminal underworld, Han Solo meets his mighty future copilot Chewbacca and encounters the notorious gambler Lando Calrissian, in a journey that will set the course of one of the Star Wars saga’s most unlikely heroes.