Star Wars: Lando: Double or Nothing 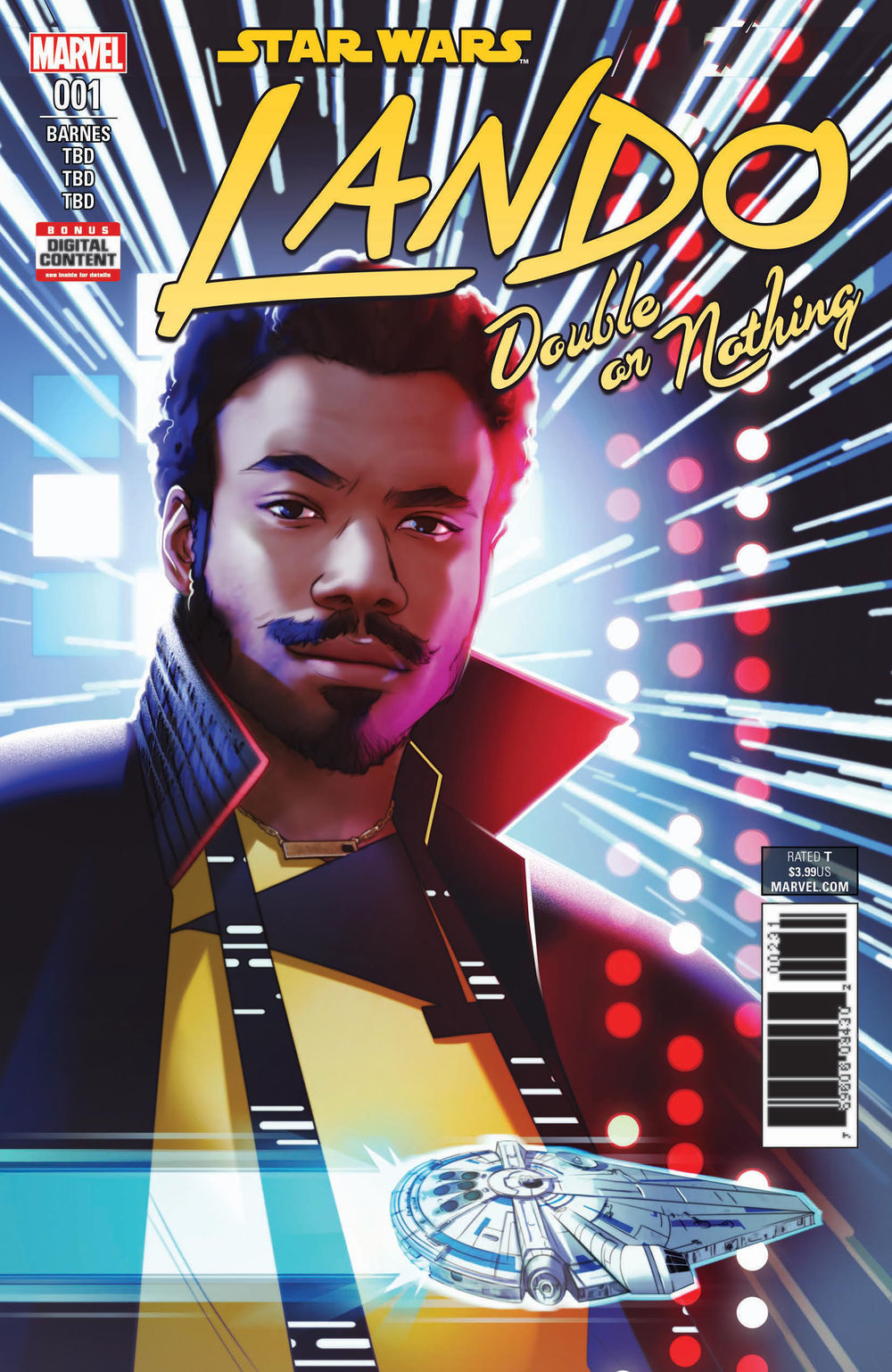 Star Wars: Lando: Double or Nothing is a 5 issue Marvel Comics miniseries.

The story focuses on Lando Calrissian and the droid L3-37 before the events of Solo: A Star Wars Story.

Issue one will be released on 30 May 2018, with a trade paperback collecting all 5 issues out on 6 November.

When a beautiful crime lord commissions the galaxy's most talented smuggler to help free her people enslaved by the Empire, Lando Calrissian must wager it all on an impossible mission fraught with danger. Set just prior to the events of Solo: A Star Wars Story, our charming scoundrel must face Imperial forces with the help of his ship the Millennium Falcon in a deadly race against time. But even with the deck stacked against him, Lando can't help playing the odds.