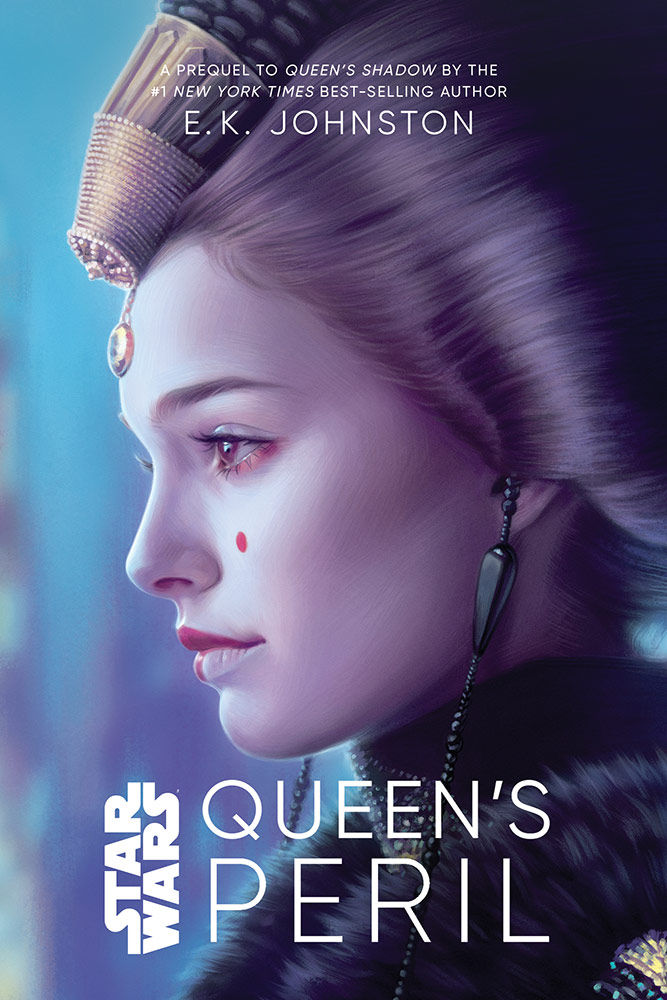 Queen's Peril is a young adult novel by E K Johnston, centred around Padmé at the start of her time as Queen of Naboo. The novel is a prequel to Queen's Shadow, starting before and continuing concurrently with the events of Star Wars: Episode I - The Phantom Menace.

When fourteen-year-old Padmé Naberrie wins the election for Queen of Naboo, she takes the name Amidala and leaves her family to rule from the Royal Palace in the capital of Theed. At a time of brewing uncertainty for Naboo and the Galactic Republic, she and her security advisor, Captain Panaka, devise a plan for the Queen's safety: the recruitment of multiple handmaidens. These handmaidens will be her aides, confidants, protectors, and even decoys. Each young woman is selected by Panaka for her particular talents, but it is up to Padmé to unite them as a group. Different though they may be, the handmaidens learn to work together in service of the one goal they all share: to protect the Queen at all costs. But when their peaceful world is invaded by the ambitious Trade Federation, Queen Amidala and her brave handmaidens will face their greatest test - of themselves and of each other.