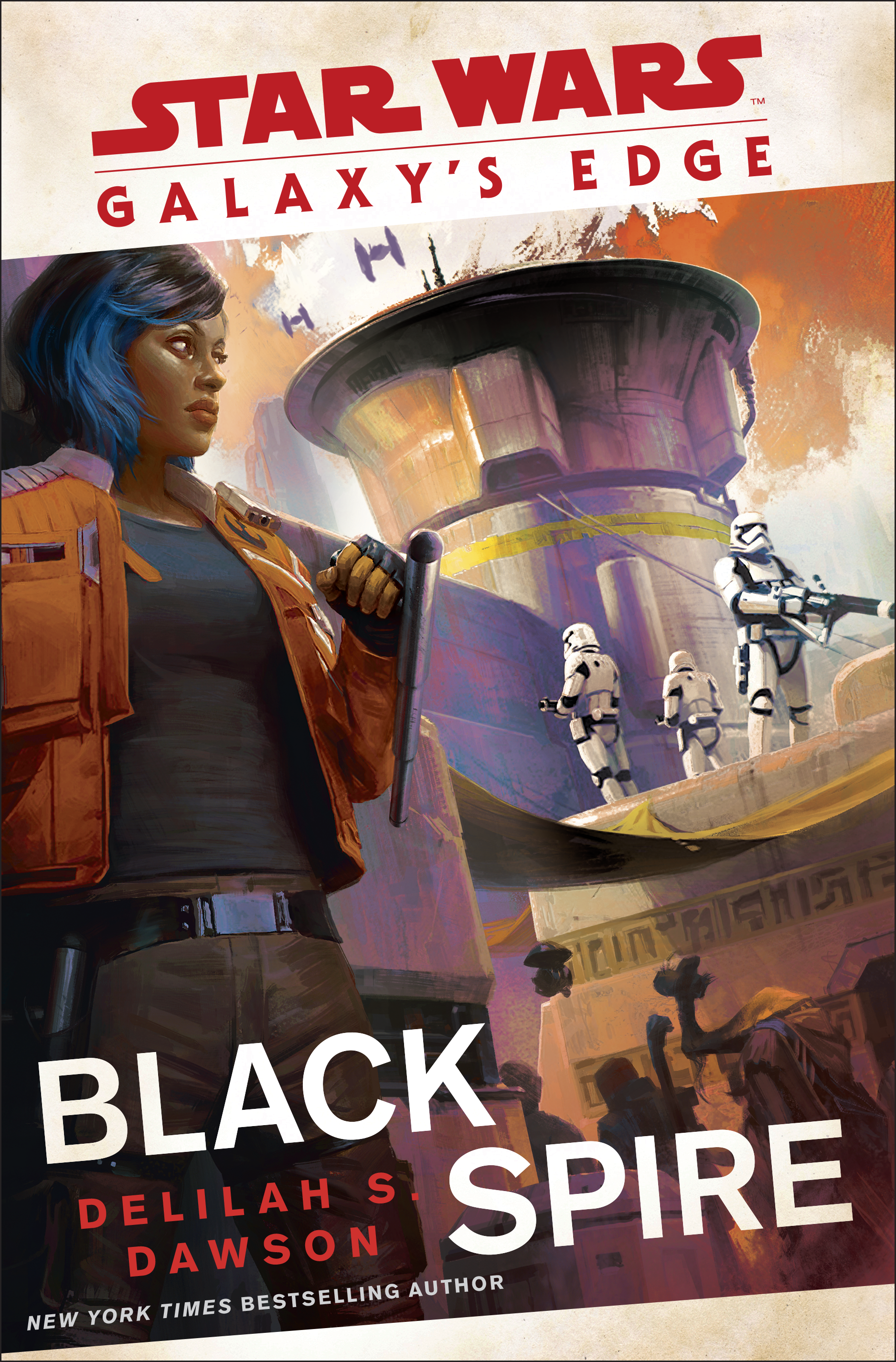 Black Spire acts as a prequel to the Galaxy's Edge Disney resorts theme park experience which takes place in Black Spire Outpost on the planet Batuu, and is set between the events of The Last Jedi and The Rise of Skywalker.

Walk the ancient streets, meet the colorful characters, and uncover the secret history of Star Wars: Galaxy's Edge, the upcoming expansion to the Disney Parks experience!

After devastating losses at the hands of the First Order, General Leia Organa has dispatched her agents across the galaxy in search of allies, sanctuary, and firepower - and her top spy, Vi Moradi, may have just found all three, on a secluded world at the galaxy's edge.

A planet of lush forests, precarious mountains, and towering, petrified trees, Batuu is on the furthest possible frontier of the galactic map, the last settled world before the mysterious expanse of Wild Space. The rogues, smugglers, and adventurers who eke out a living on the largest settlement on the planet, Black Spire Outpost, are here to avoid prying eyes and unnecessary complications. Vi, a Resistance spy on the run from the First Order, is hardly a welcome guest. And when a shuttle full of stormtroopers lands in her wake, determined to root her out, she has no idea where to find help.

To survive, Vi will have to seek out the good-hearted heroes hiding in a world that redefines scum and villainy. With the help of a traitorous trooper and her acerbic droid, she begins to gather a colorful band of outcasts and misfits, and embarks on a mission to spark the fire of resistance on Batuu - before the First Order snuffs it out entirely.