A poster for the upcoming Respawn Entertainment game Star Wars Jedi: Fallen Order has been leaked on Amazon, after a t-shirt bearing the image was apparently listed early.

The product has since been removed, but comes ahead of the world premiere of the game at Celebration this weekend.

The image features an unidentified Jedi standing against a backdrop of a crashed Republic star destroyer, while a droid scans a rock formation which is likely to be the carving in the teaser image posted earlier this week. 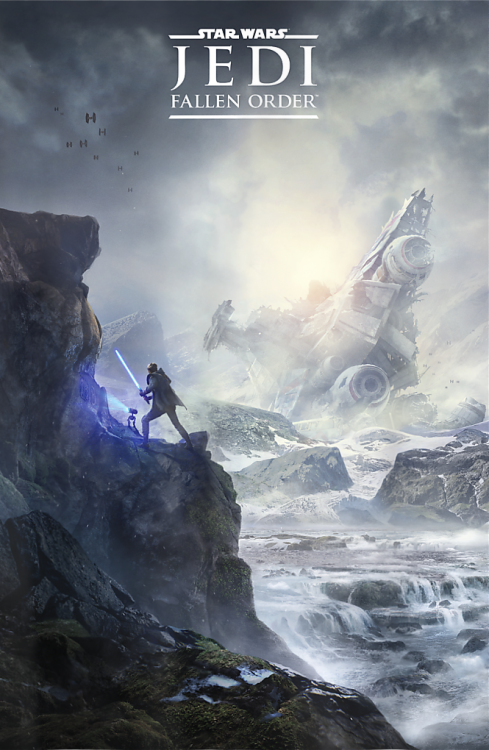