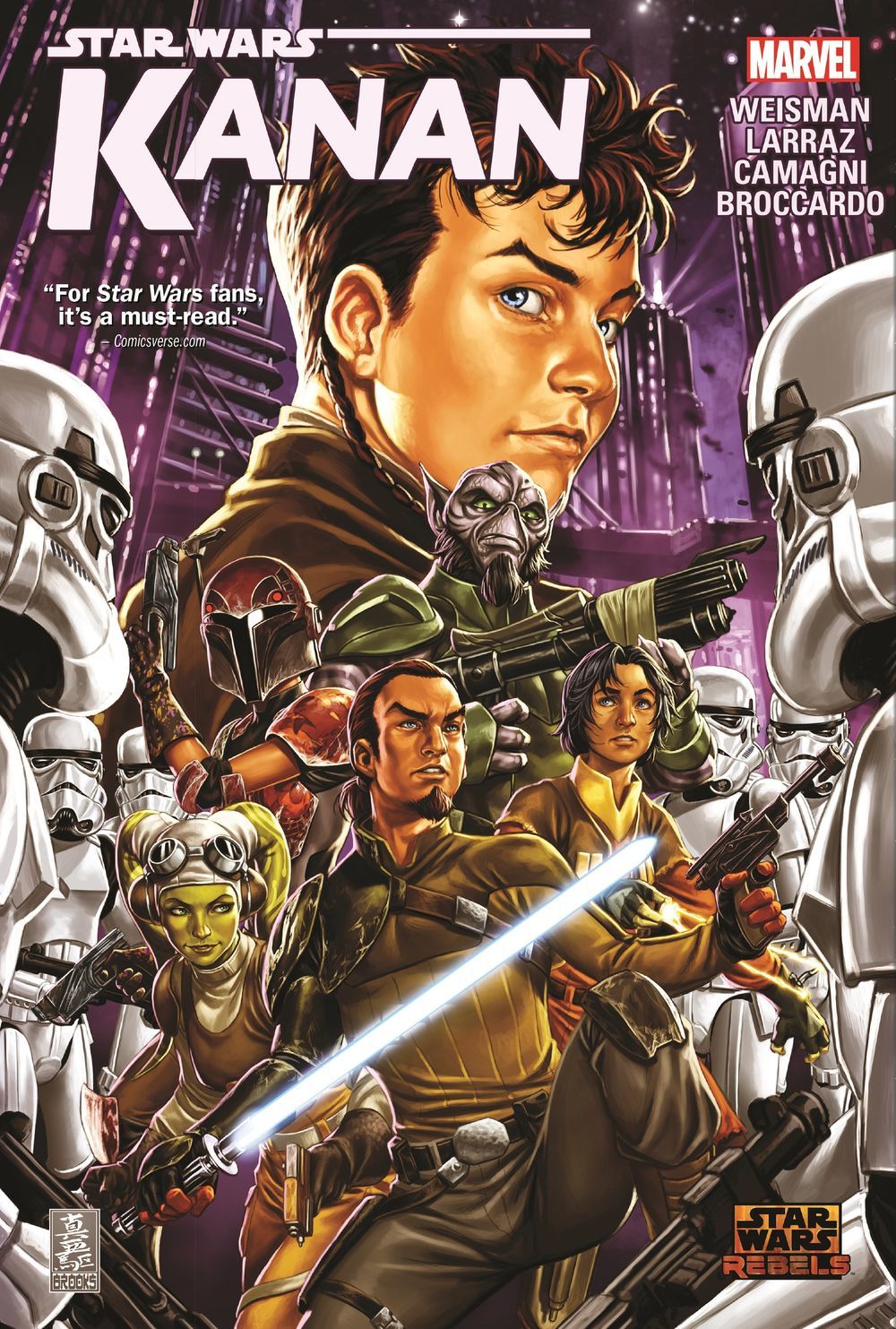 Star Wars: Kanan is a collected omnibus of the 12 issue Marvel Comics series of the same name.

It ties in to the Rebels TV series and follows the story of the young Jedi who became the protagonist Kanan Jarrus. The story is set in the aftermath of Revenge of the Sith and Order 66.

Discover how Jedi Padawan Caleb Dume became Kanan Jarrus, the cocky, sarcastic renegade hero of Star Wars: Rebels! As Caleb trained under Master Depa Billaba, neither one of them ever suspected that their "loyal" Clone Troopers would turn on them upon the issuing of Order 66 - the Emperor's directive to execute all Jedi. How did Caleb Dume escape the Jedi purge? Then, journey even further back and experience Caleb's very first adventure as a Padawan, protecting the Jedi Temple alongside his new Master. As they head towards the furious Battle of Mygeeto, they'll face one of the deadliest threats in the entire galaxy - General Grievous! Bridge the gap between The Clone Wars and Star Wars: Rebels!