Dawn of the Jedi: Force Storm 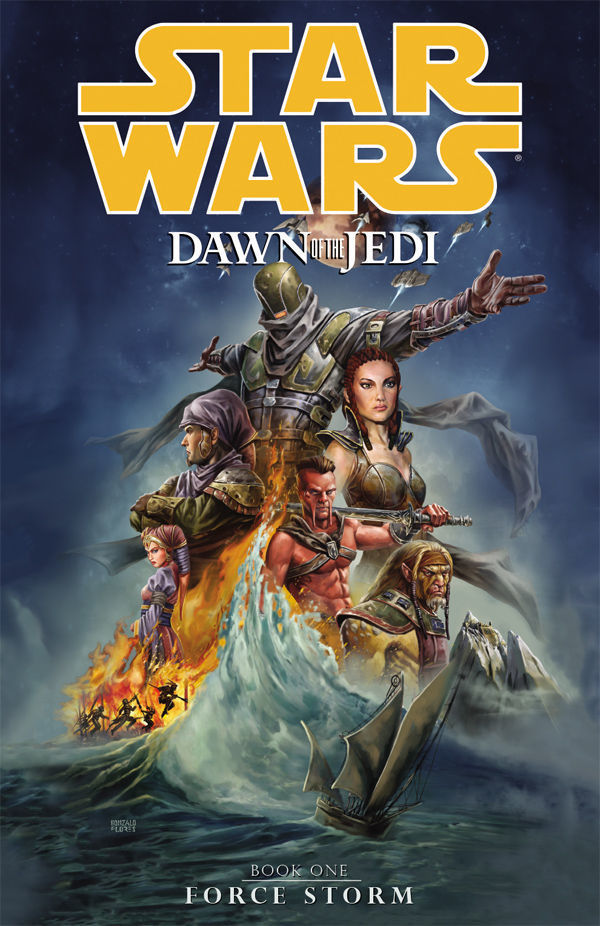 Dawn of the Jedi: Force Storm is a five-issue comic series from Dark Horse Comics.

Here begins the tale of the dawn of the Jedi, the Star Wars of 25,000 years ago—before lightsabers, before hyperspace travel, before the Jedi spread throughout the galaxy, when connections to the Force were new.

On the planet Tython, a group of beings—scientists, philosophers, and warriors—strive to maintain peace and to balance the mystifying power known as the Force. But a stranger is coming, one who will disrupt the balance with his arrival and his own connection to the Force. Everything in their system is about to change . . . The doors to the galaxy have been opened!