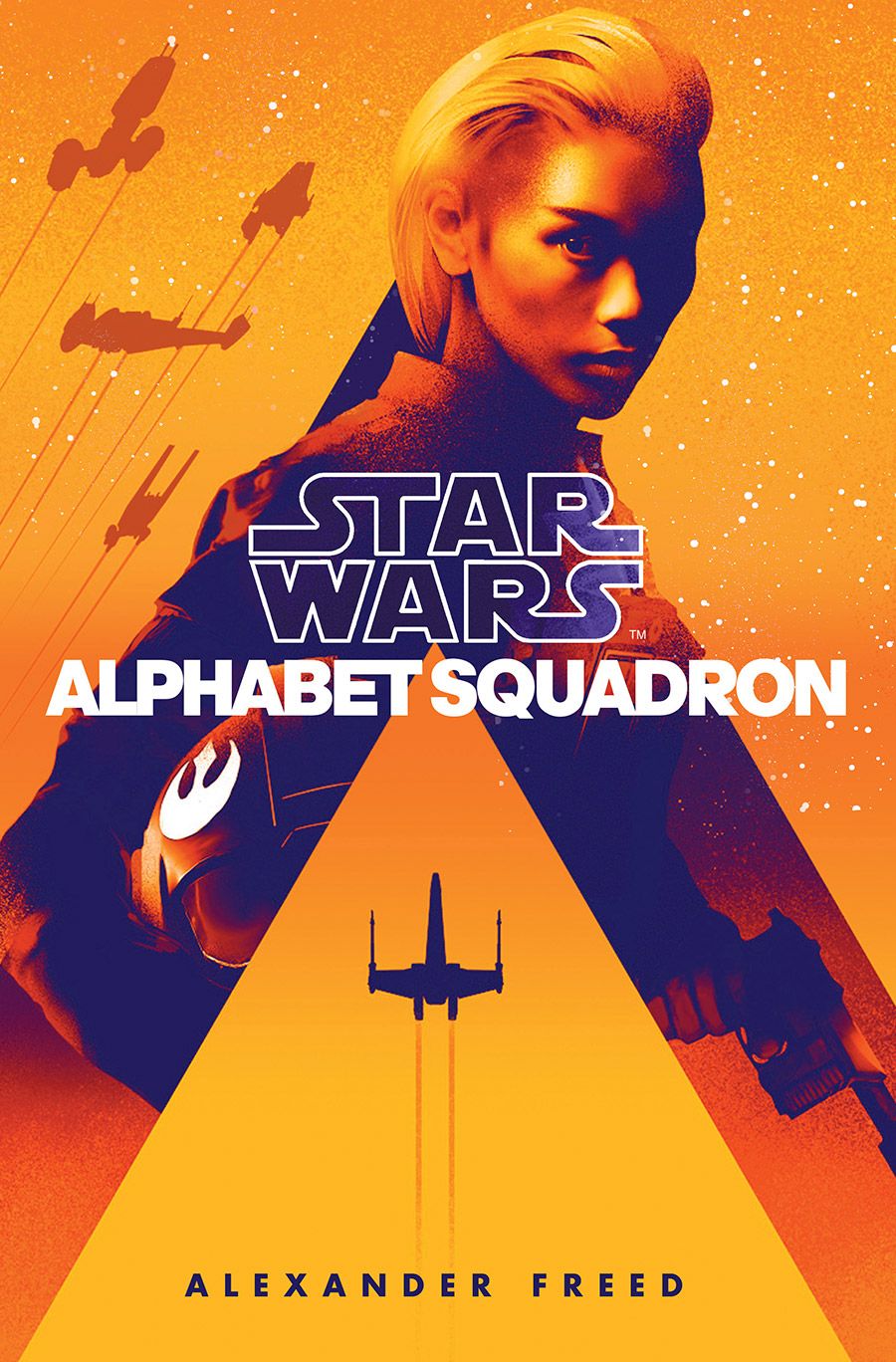 Alphabet Squadron is a canon novel by Alexander Freed, which is the first part of a trilogy.

The story is set after the events of Return of the Jedi and follows a New Republic fighter squadron lead by General Hera Syndulla as they hunt down an Imperial group known as the Shadow Wing. The novel will tie in to the Marvel Comic series Star Wars: TIE Fighter.

On the verge of victory in a brutal war, five New Republic pilots transform from hunted to hunters in this epic STAR WARS adventure. Set after Return of the Jedi, Alphabet Squadron follows a unique team, each flying a different class of starfighter as they struggle to end their war once and for all.

The Emperor is dead. His final weapon has been destroyed. The Imperial Army is in disarray. In the aftermath, Yrica Quell is just one of thousands of defectors from her former cause living in a deserters' shantytown—until she is selected to join Alphabet Squadron.

Cobbled together from an eclectic assortment of pilots and starfighters, the five members of Alphabet are tasked by New Republic general Hera Syndulla herself. Like Yrica, each is a talented pilot struggling to find their place in a changing galaxy. Their mission: to track down and destroy the mysterious Shadow Wing, a lethal force of TIE fighters exacting bloody, reckless vengeance in the twilight of their reign.

The newly formed unit embodies the heart and soul of the Rebellion: ragtag, resourceful, scrappy, and emboldened by their most audacious victory in decades. But going from underdog rebels to celebrated heroes isn't as easy as it seems, and their inner demons threaten them as much as their enemies among the stars. The wayward warriors of Alphabet Squad will have to learn to fly together if they want to protect the new era of peace they've fought so hard to achieve.